Following in the footsteps of fellow digital player Starling Bank, Monzo has pulled back the veil with promising results.

After reaching a total of more than 300 employees earlier this year, Monzo is now among one of the many financial institutions that are required to reveal their 2018 gender pay gap data. In doing so, it has chosen to also reveal its numbers for 2017 for comparison on how it’s faring over time.

The data released by Monzo shows that across all pay grades, the difference between what female employees are paid at an hourly rate compared to male employees comes in at a median of 14.07 per cent, or a mean of 18.34 per cent. This is a vast improvement on 2017’s numbers, where the gap was at a median of 47.66 per cent and a mean of 26.27 per cent. 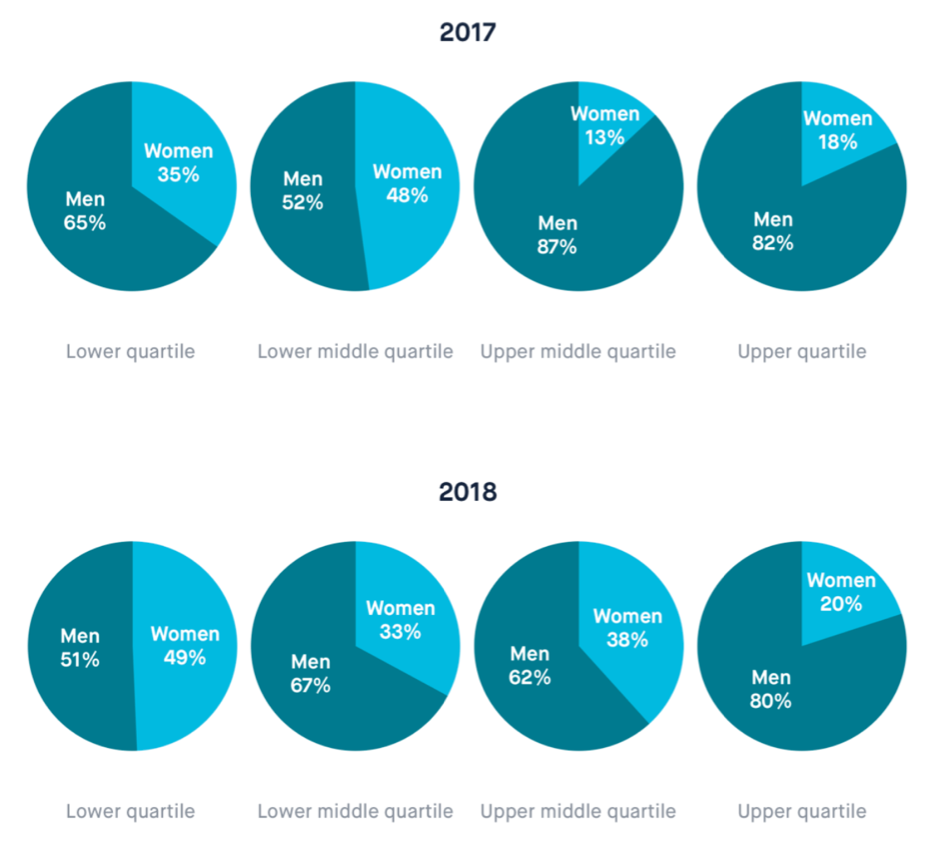 Monzo’s 2018 numbers also show that it is doing a lot better than some of its fintech counterparts: Starling Bank recently revealed its pay gap data to sit at a median of 33.3 per cent, and peer-to-peer lender Funding Circle’s 2018 gap is slightly more than 36 per cent.

The digital bank attributes its improved numbers to its almost meteoric hiring rate, escalating its numbers from 90 employees to over 300 in one year. As such, more women have been hired, women have been promoted internally, and an effort has been made to hire fairly particularly in senior level positions. However Monzo’s pay gap data cross each pay quartile is still lacklustre, showing a significant pay issue in its higher echelons.

In 2018, just 20 percent of women sit in Monzo’s highest pay quartile, at an increase of a measly 2 per cent. Out of the 87 women who joined Monzo between 2017 and 2018, only four were hired into the senior team. Out of Monzo’s six person C-Suite, just one employee identifies as female: chief risk officer, Ruth Doubleday. 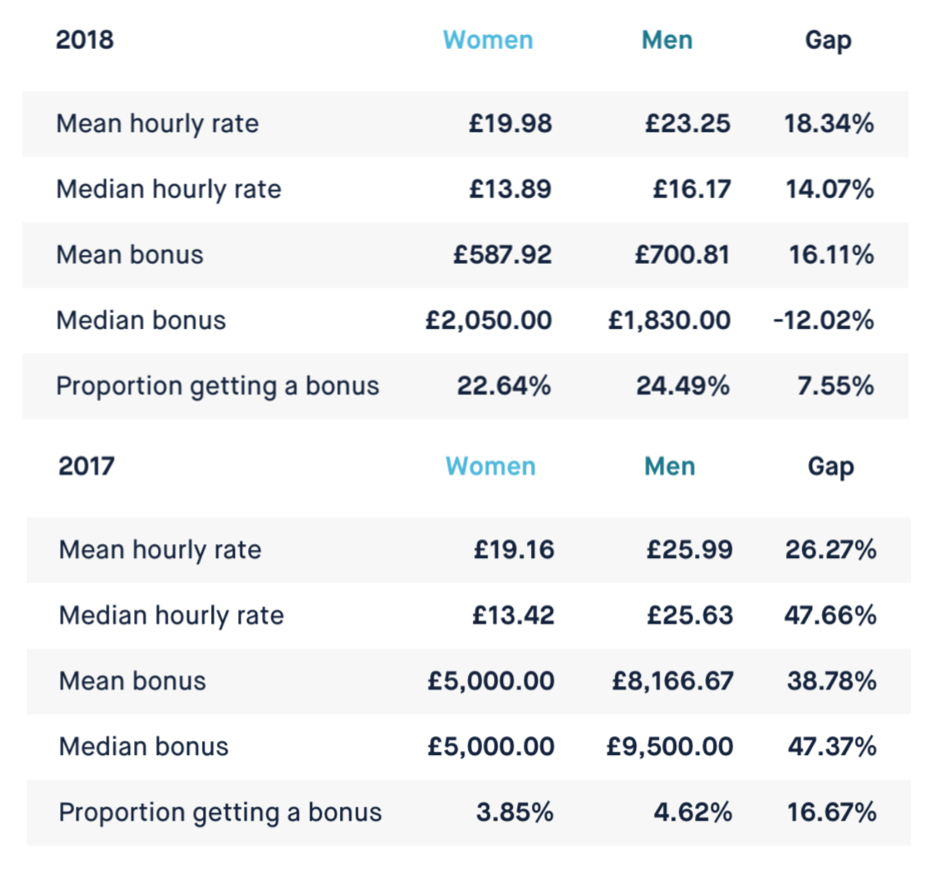 However the numbers have dropped slightly from 2017 in the lower middle quartile, which previously saw a female contingent of 47.83 per cent. Though this may be the result of an increase in promotions internally for women, or efforts made to hire fairly at senior levels, firms should be fighting to achieve parity in every pay quartile.

Up to today, Monzo has said it has been carrying out measures such as reviewing salaries transparently across the company every six months, allowing flexible working and job-sharing, and having diverse interview panels to reduce gender discrimination at every stage of the process.

It also plans to do more in the future: its future recruitment partner must produce gender-balanced shortlists, senior roles will be redesigned to fit with family life, and improving its company culture through mental health and wellness initiatives.

“We’re confident we pay equally for equal work,” said Monzo’s head of people Tara Mansfield. “But our figures clearly show that we still have a lot to do to improve the number of women in higher-paid positions.”

“There’s no way to justify our gender pay gap. We hope our current policies and plans for the future will help us make real progress towards closing the gap we have here at Monzo. But they’re only just the start.

“As we employ more and more people, our social responsibilities increase too. We have to take care that disparities aren’t amplified as we grow. We want to make sure everyone that works here is rewarded fairly and equally for their work, and supported to excel.”