China led 2018 fintech funding, with the UK still punching above its weight Global investments in fintech more than doubled in 2018, reaching a whopping $55.3bn and led mainly by surging Chinese investments.

The country accounted for 46% of all fintech investments last year according to Accenture, a total of $25.5bn in funds raised and led by Ant Financial’s record-breaking $14bn funding round last May and Du Xiaoman Financial, which raised $4.3bn across two funding rounds.

“Even if you discount the massive Ant Financial transaction, we’d still have a record year for global fintech fundraising,“ said Piyush Singh, Accenture’s managing director for its financial services practice in Asia-Pacific and Africa. 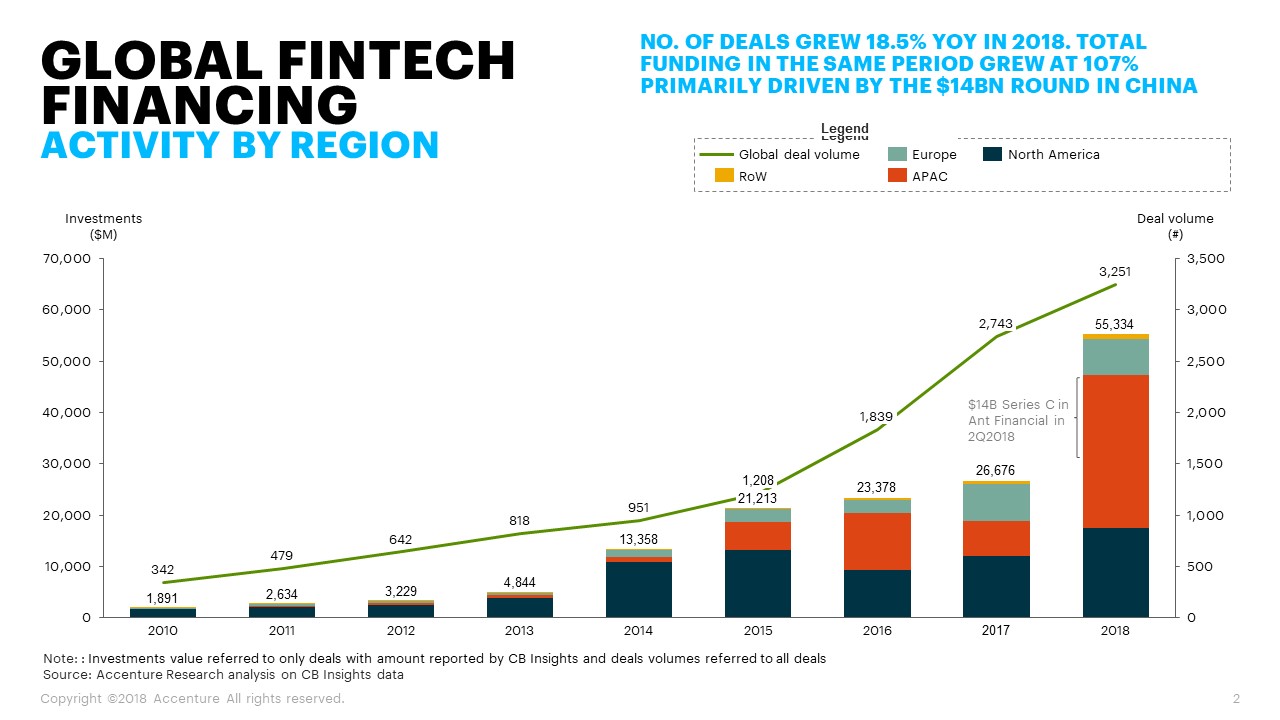 Despite the torrid political environment in the UK, fintech investments continued at pace according to Accenture’s research.

Investments jumped 56% to $3.9bn, led by the funding rounds of digital banks, like Revolut which raised $250m in April and Atom Bank which raised $200m in March, and Prodigy Finance which raised $1bn in September to increase its cross-border student loan business.

“There was much talk about how uncertainty due to Brexit would grip the success of fintech from the UK. However, our analysis shows that London, a pioneer in Open Banking, remains the fintech capital of Europe,” said Richard Lumb, the group chief executive of financial services at Accenture.

Overall the total number of investments didn’t grow quite so quickly as the financial value, rising 19% to 3,251 globally.