By Oliver Smith on Friday 1 November 2019

But N26 and Revolut are currently winning the US digital banking landgrab. German digital bank N26 is currently leading the European challengers in the US digital banking landgrab, taking nearly 50,000 downloads for the month of September, according to figures from Apptopia.

Revolut came in second place with over 20,000 downloads, and Monzo brought up the rear with just 6,400 downloads.

All are playing catch-up with local digital banking challenger Current and market leader Chime with 109,000 and 740,000 downloads respectively. 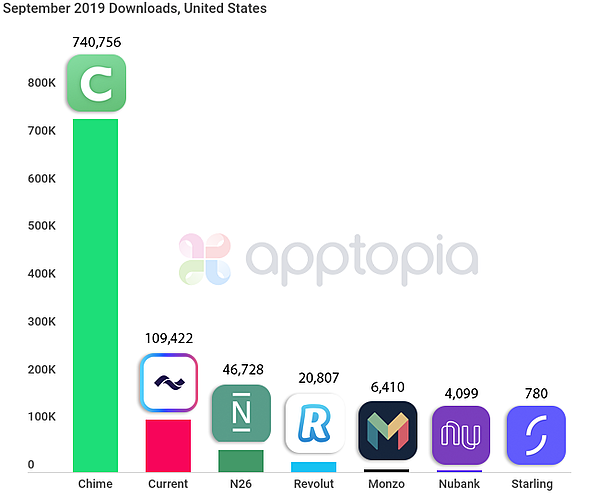 Monzo is faring better in its UK home market, where it now accounts for more than 50% of the challenger banking monthly active users.

As Apptopia explains: “Even though it looks like Revolut is getting smaller, it’s not. All top players are growing here, however, Revolut is losing market share along with Starling.”

The whole market is expanding, but Revolut, Starling and N26 are currently ceding ground to Monzo. 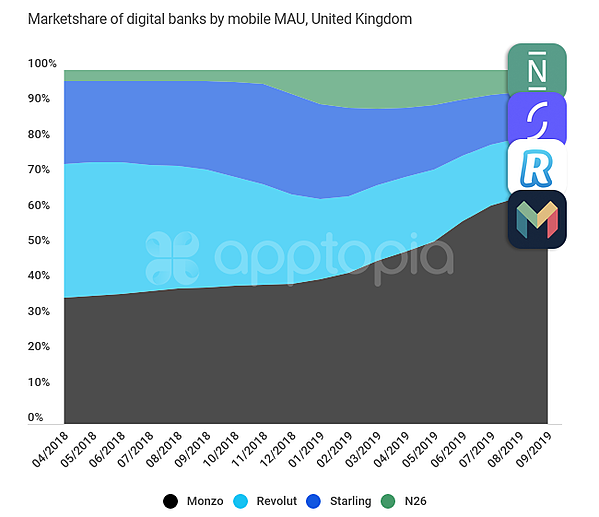 Another interesting insight from Apptopia’s figures, which only included a handful of digital banks, is the hyper-growth of Brazil’s Nubank.

Nubank publicly claims to have 15m users, spread across Brazil, Argentina and Mexico, and recently raised $400m at a $10bn valuation.

The extreme growth of this Latin America digital bank might further highlight why Europe’s digital banks are so eager to expand to the US.