Our favourite fintech apps of 2020

By Oliver Smith on Wednesday 16 December 2020

Team AltFi may have spent most of 2020 in lockdown... but we also downloaded quite a few apps. It’s that time of the year again.

The AltFi team have trawled through their smartphone home screens to reveal the financial apps that they found most useful, ingenious or just good fun over the past year.

A quick caveat before we start, Curve, Moneybox and PensionBee were excluded from our picks, because they were our favourites last year. 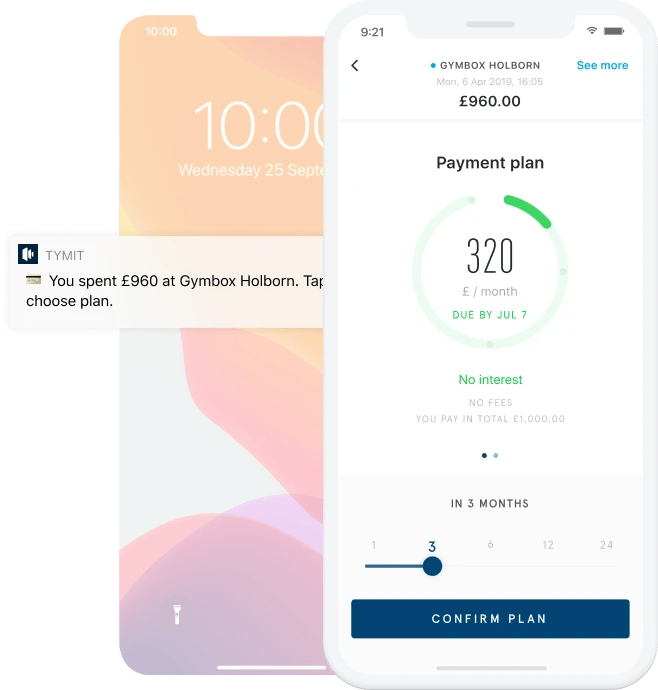 Tymit is a very not-perfect credit card, based around the concept that people really want to split their payments for things into manageable chunks (see: Klarna).

Whenever I buy something, Tymit pings me with the option to pay over 1 month, 3 months, 6 months, 12 months, 24 months, or a whopping 36 months!

The first two options are totally free, while 6-36 months comes with an interest charge of 16.3 per cent.

It’s a quicky concept and totally appeals to the GenZ groupthink of turning everything into a ‘subscription’ payment—and I love it.

The ‘not-perfect’ caveat is that Tymit has had a pretty chaotic 2020. There was Covid (obviously), Wirecard’s collapse which took down its service for a few days, several show-stopping bugs on its app, oh, and most recently the team had to replace all their issued cards as part of a transition to a new payments processor...

All that leaves you with the feeling that Tymit is very much still in-beta, like a 2017 Monzo.

Take a look at Tymit here.

Choosing my favourite app this year was a tough task, like most people I took the opportunity of having a lot more time on my hands to spend a little of it on my finances. 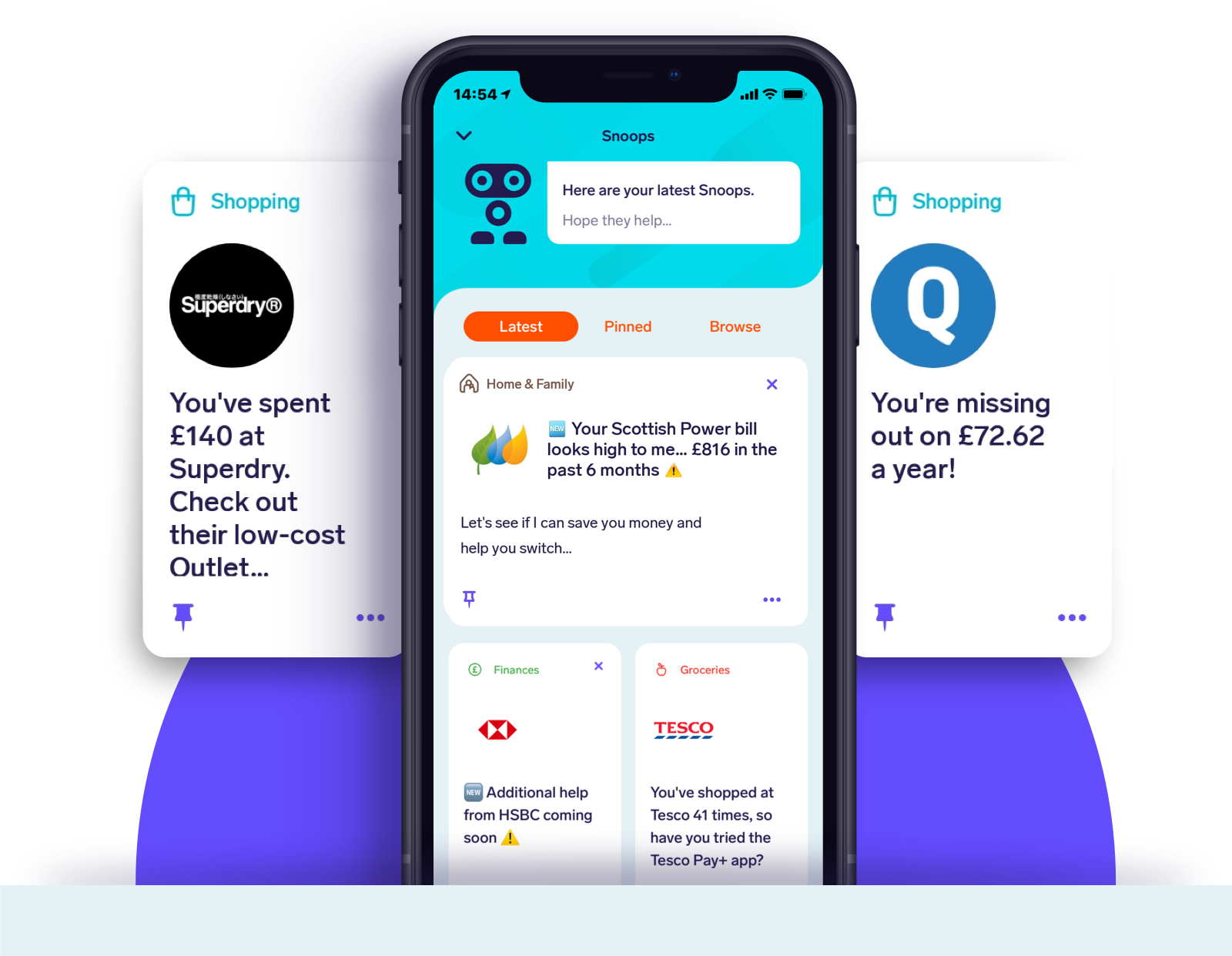 In my eyes there have been so many standout apps to choose from—honourable mentions going to Starling Bank and Moneybox—however, for me, there was one that just pipped the others to the post, Snoop.

Snoop is the brainchild of former Virgin Money boss, Dame Jayne-Anne Gadhia and was only launched in April this year.

The app claims to use a mix of AI and human expertise to save the average user £1,500 per year and, while I’ve not been able to save that much, Snoop has still been able to save me a good few bob by looking through my outgoings and letting me know when I’m not getting the best deal.

As well as scoping out the best deal on my bills, Snoop also shows me what upcoming payments I have and calculates how much they’ll cost and what’ll be left over, helping me to adjust my budget accordingly.

Snoop’s app is great and straightforward to use and most recently I can now link my Starling Bank account, an addition that has helped Snoop become my favourite app of the year.

Take a look at Snoop here.

Like many a fintech geek in 2020 I took advantage of the market crash in March to buy equities cheaply, and to do this I opted for a Freetrade account. If only for financial reasons. 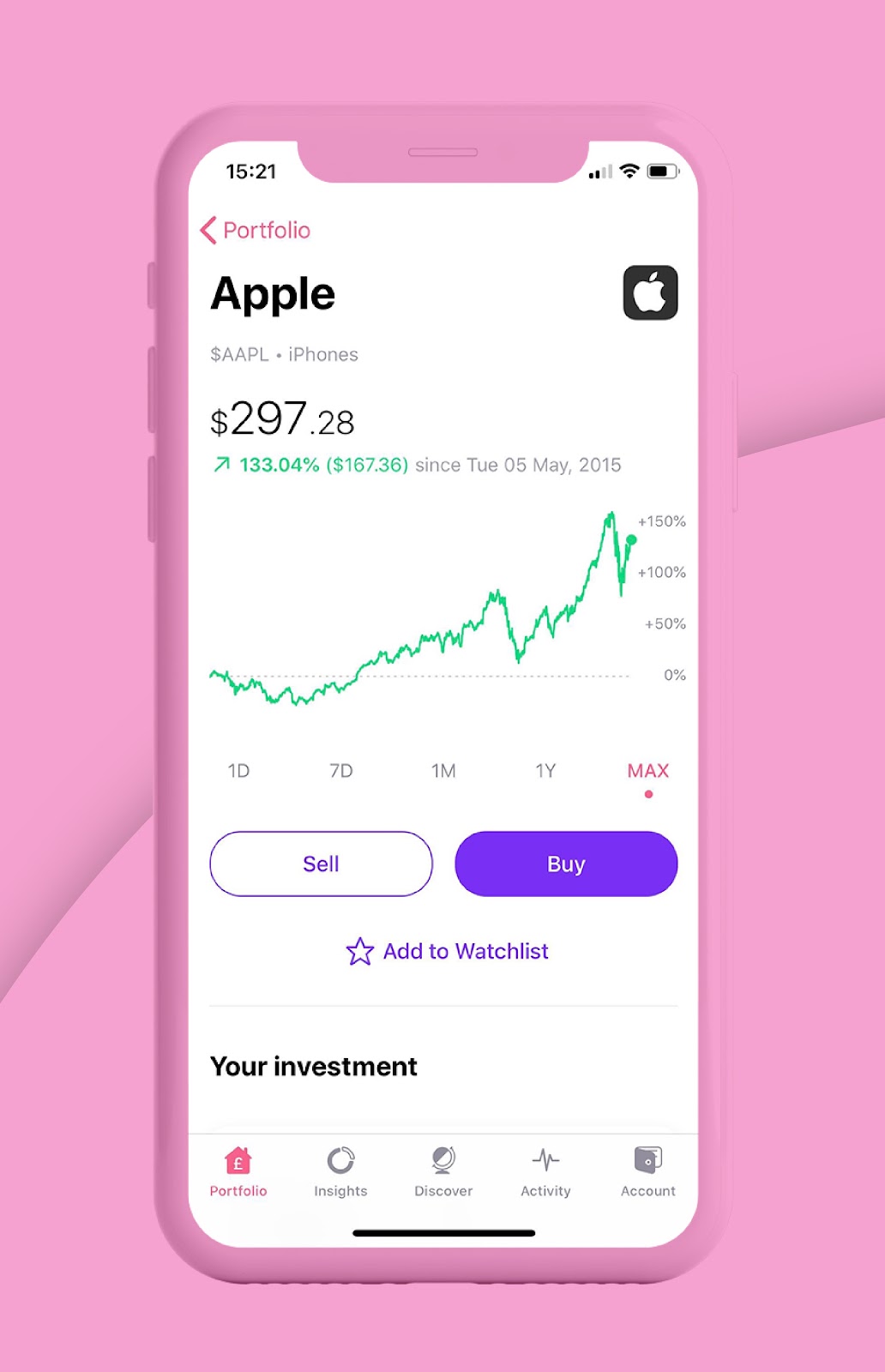 For anyone under 40 it’s been a challenge to invest in the stock market as an adult owing to the cost and expensive valuations (during the longest bull market in history). Freetrade, like Robinhood in the US, has done a decent job of improving the former considerably while freefalling global markets did the rest.

With no vast sums to invest, I have traditionally used Hargreaves Lansdown as my principal fund supermarket for ISAs and my SIPP and have largely eschewed direct equities apart from some punchy bets (and I use that word quite deliberately) on Tesla and Illumina after being inspired by the bull case from Baillie Gifford’s James Anderson many moons ago.

This year Freetrade’s low costs and ever-growing list of stocks, ETFs and investment trusts have allowed me to build up a sort of ‘corona recovery portfolio’ though with some spare pennies in several bombed-out REITS, Scottish Mortgage, the world largest cruise company Carnival, Pfizer, Disney and the FTSE 250 alongside many others.

I like the simplicity of the UX and the ease with adding funds through Apple Pay. It’s not perfect. I find the constant marketing efforts when you open up the app a bit annoying too. But hey, the price is right.

*This is very much not investment advice.

Take a look at Freetrade here.

Agree or disagree with our picks? Or have a favourite of your own? Let us know @AltFiNews